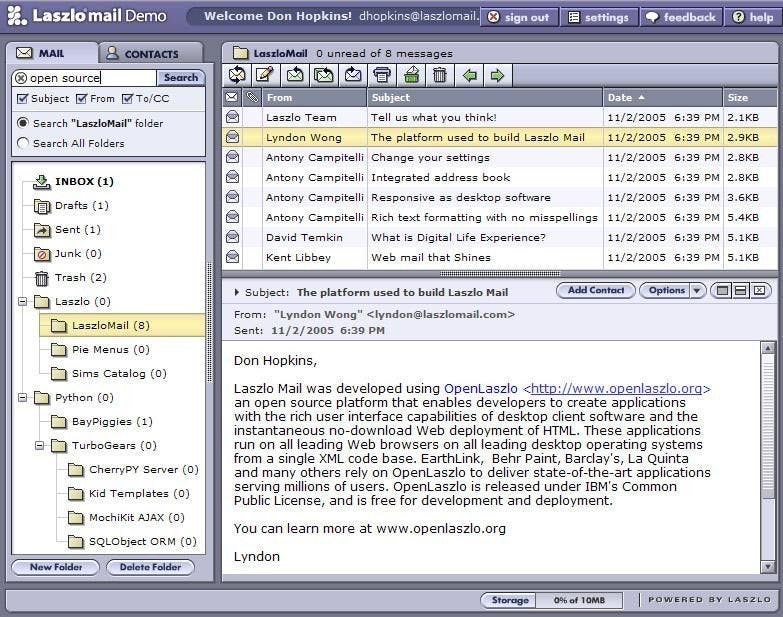 The Laszlo Presentation Server (2000–2010), later open-sourced as OpenLaszlo, was an application of XML, enhanced by JavaScript and a custom set of APIs, for writing Rich Internet Applications. It had constraint programming (aka KVO), data binding, and declarative components, allowing for a reactive programming style. It initially compiled to Flash bytecode (swf files), and later to HTML.

Macromedia Flex was a later reimplementation of some of the Laszlo model and ideas. React is a modern system which shares some creators and ideas.

Show is a screenshot from Laszlo Mail, which predated Google Mail.